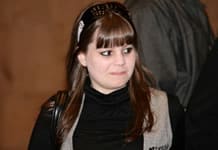 Normally this type of announcement would be just a blurb on any poker related news blog. However this particular choice for poker room ambassador raises a few questions that makes it a bit more controversial than the average assignment, and more newsworthy. So why is Obrestad’s new gig so questionable? Here are a few items swirling around the decision.

First and foremost, nobody expected that someone who made a name for themselves through online poker to be invited to be the new face of one of Sheldon Adelson’s poker rooms. He is a one-man force vehemently fighting the concept of the US based online poker industry. Everyone, including his own management team at the Venetian, knows he is passionately lobbying against vegas online poker and holds disdain for the fact that it is now available through state licensed online poker rooms. This fact makes the choice of Obrestad particularly odd. She is the known for having made her inroad as a poker winner through the online poker opportunities available to US players, and online poker knows Adelson as its most pronounced opponent.

In her prime, Obrestad not only represented the young poker community, but also the fresh face of female poker players. She won the World Series of Poker Europe Main Event in 2007, the day before she turned 19. She set the record for being the youngest WSOP bracelet winner in history. She enjoyed a successful online poker career where she is well known for building a sizeable bankroll without having made a deposit.

Twitter comments revealed that poker players were also questioning the choice due to the fact that despite her previous reputation as one of the best female poker players in the world, she hasn’t been on the map for years. Normally a prestigious poker room such as the Venetian would select someone to represent them who is currently popular, respected and trending throughout the poker community.

Obrestad being chosen for this role is also being questioned by local pros that frequent the Venetian poker room, such as Kathy Liebert, who is a member of the Women in Poker Hall of Fame. She is a frequent player at the Venetian and claims that she has never even seen Obrestad playing in the poker room. Obrestad has claimed that she has played ‘a ton’ of poker at the Venetian, a claim that Liebert is not convinced of, and is upset that a non-regular was selected over frequent professional players.

The new ambassador claims that she has participated in many Deepstack events at the Venetian, however Obrestad doesn’t have a cash in those events. There are a number of people who remember that she was once the face of Lock Poker. This poker site lost its shirt and its reputation through making it difficult for players to withdraw their account funds. Reportedly Obrestad continued as their spokesperson despite the bad treatment to players, remaining with them until they closed their doors permanently. This was seen as a betrayal to players by some players and has affected her reputation. Will it affect the Venetian player base? That remains to be seen, but it has the potential, particularly with prominent players being rather vocal about their dislike of the situation.