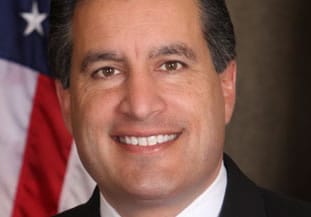 After a year spent in development, Delaware and Nevada officially launched their Multi-State Poker Network last week, representing a huge step forward for the re-emergence of legal online poker.

The launch of the Multi-State Poker Network marks the first time since Black Friday that legal and regulated real money games will take place across state lines. The partnership between the two states will greatly help traffic for residents looking for consistent gameplay online, and the partnership is already proving successful in that regard, as player traffic has skyrocketed in Delaware since the network’s launch.

The new site is backed by both Nevada and Delaware casinos, which will be reaping the benefits of the dramatic increase in play. The rake for cash game hands will be five percent, up to $3, and will be split amongst the home state casinos proportional to how much of the money is coming from players in their state.

New Jersey, the only other state to currently allow online poker play, is considering joining the network, but will need to work around some tricky wording in state legislation before it can become a full-fledged member of the Multi-State Poker Network. Rumors have also circulated regarding Pennsylvania officials’ interest in joining the network as well, exciting poker-playing residents from the state as well as around the country. Many players are hoping that this is the tip of the iceberg for legalized online poker play, with an expected domino effect as more states see the benefits and profit of legalized online poker.

A government-regulated network also helps to ease the concerns of online players, many of whom have sought out illegal and unregulated online games in the absence of regulated ones post-Black Friday. Government regulation assures fair play and transparency with the new Multi-State Poker Network, which will draw far more players to the network.

The new network offers real cash games to anyone aged 21 or older living in Nevada and Delaware, and the new partnership has already proved profitable for both states. Statistics provided by CardPlayer.com showed that Delaware earned a mere $27,695 of online poker revenue in January of this year. But with a peak total of 313 cash game players on just the first day of shared play, that revenue is expected to increase dramatically over the coming months.

Nevada Governor Brian Sandoval is eager to continue consolidation in the legal US online poker market, as he sees the possibility for expanded player pools generating larger revenues once more states join the Multi-State Poker Network agreement. The governor has been more than willing to help states set up their iPoker industries, offering Nevada’s assistance and infrastructure capabilities to states that are interested in the network, but may not have as sophisticated of a regulatory structure as Nevada does.

The underlying theme in the launch of Nevada and Delaware’s new multi-state network is the re-emergence of online poker. The game has been suppressed since the majority of regulated play disappeared in April 2011, leaving players pining for liquidity in a market that offered few consistent games. But now, with this most recent development, the future of online poker is becoming brighter.