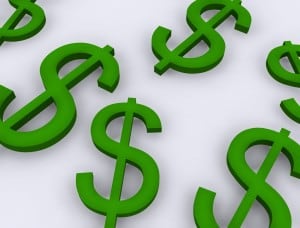 As New Jersey online poker slips slightly, the Nevada online poker scene is doing just fine. Data recently released by the Nevada State Gaming Control Board showed an impressive 12.2% increase during March over February’s numbers. Financially, that meant a rise to $926,000 in March over February’s $824,000 revenue take. And unlike New Jersey, where casino games and poker are offered online, all of that revenue is generated by Internet poker in the Silver State. While not a windfall by any means, consistent revenue continues to be provided through the Internet poker rooms run by physical Las Vegas casinos.

As the first state to deliver legal Internet poker since the 2011 online gambling flip-flop by the Department of Justice, Nevada has generated approximately $10 million in state revenue since April of 2013. Although a third website recently launched to provide poker players with numerous Nevada online poker site options, currently nearly all revenue is generated through the Ultimate Poker and WSOP websites in that state. This past weekend, WSOP ran seven major Las Vegas online poker tournaments, with UP running four major events.

WSOP boasted the player with the largest individual prize earned on either site, a $10,000 seat for the live WSOP Main Event which was won in a satellite qualifier by Yinzer11. The largest cash prize earned by any Nevada Internet poker player on the weekend was $4,446 taken in the $15,000 Sunday WSOP tournaments by mnbass1. WSOP saw a total of 432 card players battling it out for 49 available prizes, which totaled nearly $50,000. Butters, one of the most consistent Las Vegas online card players, won the WSOP Friday night tournament and a first prize of $1,435, marking his 13th cash on the year in the largest guaranteed events.

Butters claims over $33,000 in winnings this year. Still at WSOP, ucheckicheck cashed for the fifth time this year, to earn $2,627 and first place in the WSOP Saturday Weekly Warm-up. That brings his 2014 winnings to over $10,000. Brasco was the winner of the WSOP Saturday Re-Entry, earning $939 for his efforts. That was the Nevada poker player’s first cash in one of the larger guaranteed events. Sgt.Pepper won $961 for first prize in the WSOP Sunday Freezeout, his second win and fourth cash on the season. Carl0sDanger reigned victorious in the WSOP Sunday $3,000 event, taking home $1,595 with his first 2014 victory.  You can learn more about the options available at this poker room in our detailed  WSOP review.