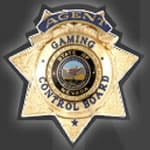 On Thursday, December 8, the Nevada Gaming Control Board met for a workshop that focused primarily on a discussion of a new provision to allow bettors to have a single account that works for all legal forms of betting in the state. This would include sports betting, online gambling and slots.

Currently, players are able to create a type of wagering account that can be used for sports betting and a limited selection of online poker games, but the proposal up for discussion would expand this to include all slots, video poker and bingo, as well as other forms of betting.

This hearing, held in Carson City and Las Vegas simultaneously via video conference, allowed the Nevada Resort Association, the Association of Gaming Equipment Manufacturers and other industry participants to discuss ideas and ask questions.

Are These New Regulations Actually Necessary?

The president of Sightline Payments, Harry Hagerty, seems to believe that this proposed “expansion” of the legislation is actually unnecessary and questioned the need for new rules at all.

First, he argued that regulators should not change the “prepaid access instruments” phrasing of the current regulations, as this is what has allowed players to essentially operate in the same manner as the proposed changes would.

“Much of what you’re trying to create already exists,” Hagerty pointed out. “A prepaid access instrument, like a credit or a debit card, requires opening an actual account in a bank and has all of the FDIC protection and all other protections that state and federal banking laws provide to debit and credit cards.”

He then continued on, raising the point that the use of debit, credit and prepaid cards is something that the state of Nevada’s gaming regulators actually already approved in 2014. The 2014 measure simply used different phrasing to describe what they are now calling a “wagering account.” In fact, according to Hagerty, the current version of the regulations provides a smoother experience than the addition of new “wagering accounts” would be.

So if the Nevada gaming regulators have already more or less approved the issue they came together to discuss, it begs the question of what these supposed “new” regulations would do differently.

Potential Issues With the “New” Regulations

Hagerty had quite a bit to say on the matter of the proposed wagering accounts, as well. He informed the board that implementing something like these accounts could actually do more harm than good in the long run, which makes sense if players have already been able to function well without this intermediary step thus far.

After the meeting adjourned, Hagerty outlined the potential problems that could come with adding an unnecessary extra step to the process of getting money into and out of a player’s account. For example, limiting players to only using credit or debit could cause issues, he says, citing that “Only 60 percent will be able to get money in, and virtually none will be able to get money out back to the same debit or credit cards.”

The main issue that Hagerty brought to the board’s attention is the fact that many banks and credit firms take issue with processing any sort of gambling transaction. This would only be exacerbated by the added complication of players who wish to transfer only a portion of the money from a wagering account back onto a credit or debit card. This, he says, has been proven time and again in both in Las Vegas and in New Jersey, where banks will routinely not approve gambling-related transactions.

As of yet, the board has taken no action one way or another. They will most likely meet for one additional hearing before making their final recommendations to the Nevada Gaming Commission.