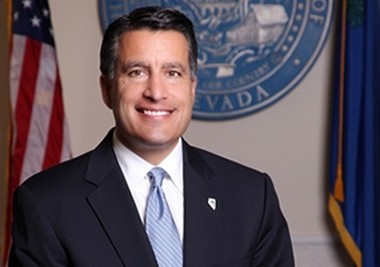 Before Delaware launched its first online poker, slots, roulette and blackjack real money gambling website, Nevada held a monopoly on legal online poker play in the United States. WSOP and Ultimate Poker are the two officially licensed websites currently offering legal Internet poker to Las Vegas and Nevada residents. And though Delaware officially rolled out a soft launch for Internet poker on Halloween, their statewide Internet casino and poker offerings began in earnest less than two weeks ago. It didn’t take long after that for Nevada gambling legislators and lawmakers to realize the potential profits from expanding its player pool, and Nevada’s Governor just recently began serious talks with Delaware gaming officials in the hopes of forming an Internet poker partnership.

The Las Vegas Sun reported that Nevada Governor Brian Sandoval has been involved in recent conversations with Delaware Governor Jack Markell, focusing primarily on the possibility of an online gaming compact. Nevada is one of the less populous states, claiming roughly 3 million residents. Under the new legislation, visitors to the popular Las Vegas, and other Nevada locations, can also legally enjoy online poker as long as they are located inside state boundaries. Delaware claims approximately 1 million residents, so the partnership would definitely benefit both parties, although Delaware would obviously see the largest financial gain.

This would be a win-win situation for potential Internet poker players living in Delaware and Nevada, as well as gambling officials in those states and state legislators looking to benefit from taxing and regulating this historic, new industry. The proposal offers that residents and travelers in both Delaware and Nevada would be able to access any legal Internet poker website sponsored by either of those states. And with New Jersey recently rolling out a soft launch of its Internet gambling websites on November 21, going statewide on the 26th, if Delaware and Nevada can reach a decision that is favorable to both parties quickly, a similar agreement with New Jersey would appear much more attractive to Garden State legislators.

The early word out of Delaware is that they want to “see what our experience is going to be” regarding legal Internet casino and poker play in that state. Sandoval said the talks have been warmly received by both parties to date, and he will continue to push for some type of Internet poker compact or partnership. The legal, state-sponsored online poker experience in Nevada is focused around Las Vegas, widely regarded as the global mecca to gamblers worldwide. Las Vegas style online poker in the Silver State is currently the only legal Internet gambling option there, with Nevada gaming officials concerned that a full slate of virtual casino offerings will detract from Nevada land-based poker casino revenue.

Both parties promised ongoing talks, and this is not the first time that Internet poker interstate partnerships have been discussed in Nevada. Back in September, WSOP’s Ty Stewart and Seth Palansky discussed the benefits that smaller states like Nevada and Delaware would receive from interstate online poker agreements, through player pool sharing. If Nevada and Delaware are going to continue to define themselves as industry leaders, which they have already done by beating 48 other states to the punch in offering legal online gambling, they are going to have to dramatically increase their player pool size in order to attract other online poker and online gambling suitors.