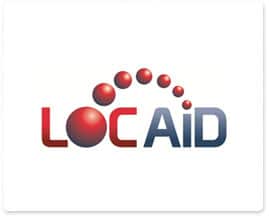 “I always feel like somebody’s watching me” is the refrain in R&B artist Rockwell’s smash hit song and music video from the mid 1980’s. And if you are playing Las Vegas online poker, or enjoying the virtual version of your favorite poker card game from elsewhere in Nevada, you want to know something? Somebody really is watching you. And if you happen to be playing in a Texas Hold ‘Em sit-n-go, a Seven Stud tournament or a World Series of Poker satellite qualifier supported by the new pro-poker Internet laws in that state, your actual location is constantly being verified.

Part of the new legislation which allows state-sponsored online real money poker through sites like WSOP.com in the Silver State revolves around location verification. That having been said, we would like to introduce you to the “sheriff of online gambling,” Rip Gerber, who also happens to be chief executive officer of Locaid, a San Francisco technology company. He laughs at the nickname given him by online poker players, and prefers to refer to himself and his company as “more like border patrol.” Locaid is the world’s largest location verification company, and has been hired by state legislators in Nevada to verify the location of potential online poker players in that state.

His company has been verifying that poker players are where they say they are for many years, and also claims Ultimate Poker, William Hill and other notable poker sites as clients. The company also has hospitality and healthcare clients, as well as those in the financial services industry, but since only three states including Nevada currently offer state supported legalized online poker or gambling of some sort, there is a real need for location verification in the online gambling industry in the United States. One of the major concerns whenever federal or state level online gambling is discussed is how to reliably verify the location of an individual.

Gerber said that he consistently hears from gaming officials and legislators that they are definitely pro-poker and other forms of online gambling, as long as Locaid can “verify that the person placing the bet on that device is in my state.” So exactly how does his company track you down? Gerber says his company can locate more than 5 billion PC and technology oriented devices, mobile and otherwise, around the world using multiple location sources. Cell phone towers are pervasive wherever they are human beings, and this is one major source of the company’s tracking ability. IP locations provided by your laptop, tablet or mobile PC, third-party databases and other undisclosed technologies are also often used to determine exactly where you are, and if you are eligible to play online poker in Las Vegas or any other Nevada location.

His company then provides that information to 888 Holdings, GTech or Bally, who deliver and run the actual online poker platforms in Nevada and other locations around the world where Internet poker has been legalized. If you live just outside of Sin City or any other non-Nevada location and you are thinking about trying to fool the system, be forewarned. Locaid sends the device location to the corresponding sheriff’s department if you show up in a “red zone” (outside Nevada state boundaries). Oddly enough, the Rockwell pop hit Somebody’s Watching Me was recorded in 1984, which is the title of a popular George Orwell book that introduces the ever-watchful Big Brother. In the online poker industry, Locaid is the Big Brother equivalent, so make sure you are where you say you are the next time you enjoy some Nevada or Las Vegas online poker.