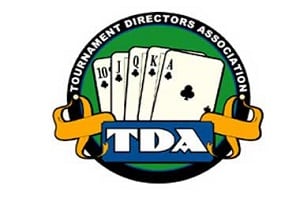 Every two years the TDA (Tournament Director’s Association) assembles in Las Vegas, Nevada to argue, bitch about, discuss and convince others of the wisdom of their own ideas regarding tournament poker. And every two years it seems that the tournament directors (TDs) from the Venetian and other major Las Vegas casinos, all the way down to TDs running 4-table rooms and bar leagues, believe they have stumbled upon the perfect rule change or game tweak which will please everyone and make Las Vegas riches fall from the sky for tournament sponsors and players.

Oh, to be the proverbial fly on the wall as all aspects of tournament poker were recently and hotly discussed and mulled over with great intensity at the 2013 TDA Poker Tourney summit in Las Vegas, Nevada this past week. Imagine the backstabbing of Survivor, the behind-your-back verbal beatdowns of the Real Housewives of New Jersey and the in-your-face frankness of Charles Barkley, and you have an idea of the biennial madness of this poker get-together. Representatives come from every form of poker, as far away as Russia, Asia and Australia, and to say that the outcome is memorable and entertaining is an understatement at least.

The actual goal in mind is to create a universally accepted group of poker tournament rules. Held appropriately enough in poker-loving Las Vegas, Nevada, this year principal players at the TDA included Jack Effel of the WSOP, Tab Duchateau representing Borgata (WPT) and Neil Johnson of PokerStars. Those three represent the largest major live poker tour operators, but this year the TDA Board of Directors expanded to bring in global participants. Meeting for nearly 10 years now, no single set of rules has ever been agreed on unanimously. Controversial discussion swirled around a proposed “First Card off the Deck” rule, which surprisingly enough passed swiftly and easily.

Team PokerStars Pro Daniel Negreanu tweeted his hatred of this rule passage, which declares that a player’s hand will be declared dead if they are not physically in their seat when the first card off the deck is dealt during tournament poker play. This used to be the rule at some tournaments, but now will be an across-the-board mandate at all TDA sanctioned events. Also passed was a rule declaring that any player with cards at the showdown can demand to see any other player’s cards (at the showdown), as well as all cards tabled capable of winning the pot.

You can simply type TDA 2013 into the search bar at YouTube if you feel like viewing the grueling 10+ hours of edited video coverage. And props to YouTube user Rob Perelman (veeRob) for his work on the live stream and editing the YouTube video. Expect to see the new rules implemented at live poker tournaments at the Bellagio, Caesars, Wynn and other prominent Las Vegas poker destinations, as well as at WSOP, WPT and PokerStars sponsored tournaments throughout Las Vegas and abroad.