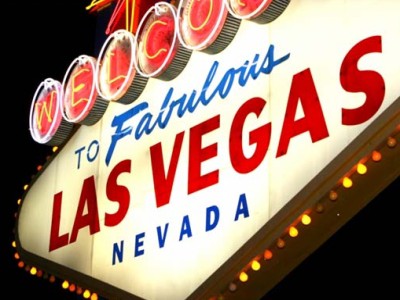 The WSOP brand offers four $3,000 guaranteed tournament events every week, and in January’s final week of the year, each one of those tourneys exceeded the guaranteed money. The total prize pool for all four online poker tournaments exceeded $17,000, with 40 cash spots paid. 266 tournament entrants means that roughly one in every six players cashed, with Las Vegas online poker player “papaya” enjoying the biggest financial win of all those players. He earned $1,312 for his January 30 victory in that week’s $3,000 guaranteed tournament. He also won the Monday, January 27 tournament offered by WSOP, adding $1,210 to his bankroll. Another smaller cash of $279 helped the Nevada virtual card player take down over $2,800 overall.

Virtual Vegas online poker player “bunnight” enjoyed a seventh place finish for $1,649 at the WSOP Online Championship Event #4, and in the final two weeks of January cashed in a total of four events over a five-day span for an additional $1,900. Bunnight finished second to papaya in the January 30 WSOP tournament, and fourth in the January 27 guaranteed event. UP also offers four major tournaments with first place delivering roughly $1,000, and the four $2,500 Nightly events saw a total of 131 players vying for a cash prize pool of over $13,000. Paying roughly one in six, a total of 21 spots took home money.

The biggest UP cash for the week was recorded by “kumander22” at $1,245, for winning the UP Thursday, January 30 $50 buy-in tourney. “CheckFold” scored $1,201.20 in the Tuesday, January 28 $2,500 R&A Nightly tournament offering provided by Ultimate Poker, and “BobbyM” took home over $1,045 with second and fifth place finishes in those two tournaments. In week four of the WSOP leaderboard contests, the performance by bunnight vaulted him into the multitable tournament (MTT) lead with 640.0881 points.

In WSOP action player points, “MailYesNo” has a commanding 8519.927 point total in first place, and a strong Nevada card player who prefers Sit-n-Gos (SNGs) is dominating that tournament format at the WSOP website. In the leaderboard contests for SNG high buy-in, mid buy-in and low buy-in, “1more1time” leads all players in point totals for those three tournament divisions. Players located anywhere in the world may sign up and open an account at either UP or the WSOP site, but you must be located within the physical boundaries of Nevada to play in real money tournaments. For those Internet poker players looking for some online real money poker excitement, currently legitimately licensed offshore operations provide viable options for US and international players.  Learn more in our Las Vegas online poker reviews.