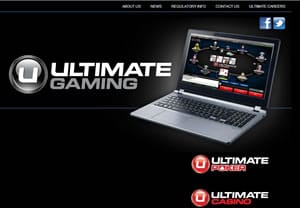 The Ultimate Poker website which offered Nevada residents and visitors online poker play for real money is shutting its doors. On June 21, 2012, Nevada issued its first interactive gaming license to Bally Technologies. That opened the doors for Ultimate Gaming to launch the Ultimate Poker website the following year. The company dealt its first official hand of cyber poker on April 30, 2013. The site was the first in the US to offer legal, real money poker over the Internet, and had a monopoly on the marketplace until the World Series of Poker website joined them in Nevada.

As the first site to provide legal and regulated Internet poker for Silver State residents, Ultimate Gaming was expected to lead the United States in a massive push toward Internet gambling. But after roughly 19 months of operation, UG is closing its virtual doors in Nevada. The company closed its New Jersey presence in September after a disagreement with Trump Taj Mahal Associates LLC over an alleged breach of contract. The Taj Mahal was the land-based partner of Ultimate Gaming in NJ. New Jersey has legalized online poker and cyber casino game gambling, and the Ultimate Casino site was consistently earning around $500,000 a month. But the online poker brand in the Garden State never took off.

In Nevada, Ultimate Poker was consistently neck and neck with the WSOP site as far as traffic and earnings were concerned. States like California, Pennsylvania and others have been pushing for some type of online gambling operation the last few years. And they closely scrutinize current Internet poker and casino businesses, so it will be interesting to see what, if any, impact the Ultimate Gaming Nevada closure has on the overall United States online gambling industry. The company made the announcement on Friday, November 14. They cited a lack of profits as the reason for shutting down their virtual presence.

Station Casinos is the majority owner of the Ultimate Poker website. The company was spending hundreds of thousands of dollars advertising their virtual poker operation at their physical casinos in the southern portion of Nevada. Tom Breitling, Chairman of Ultimate Gaming, had this to say, “We regret that we will be shutting down the Ultimate Poker website that serves Nevada citizens. Revenues consistently fell short of our estimated projections and we were operating in a cost-prohibitive manner.” He went on to say that future revenue projections did not hold much hope for a significant enough uptake in business to keep the site going.

The news will certainly be positive for the World Series of Poker brand and online poker website. Aside from a small Real Gaming online poker operation which recently opened in Nevada, WSOP now holds virtually all of the cards in the state’s Internet gambling marketplace. Breitling said that the website stopped accepting wagers on Friday from current account holders, and the company will work with regulation requirements in the state to help players quickly receive whatever monies are due. If you have an Ultimate Poker account, simply head to the poker room website and choose the Support tab to get your questions answered.  You can learn more about the WSOP poker site in our section dedicated to online poker site reviews.