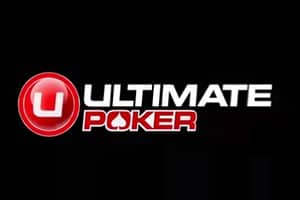 The second largest and most trafficked Internet poker site in Nevada has added 20 physical locations where you can now withdraw and deposit money. Ultimate Gaming is the parent company and owner of Ultimate Poker, the online poker offering run through Station Casinos. The El Cortez Hotel and Casino has entered an agreement with Ultimate Poker and Station Casinos which makes UP the virtual poker partner for the well-known Nevada casino property. El Cortez over the years has developed a deep database of physical customers obviously inclined to gamble.

That will certainly benefit Ultimate Poker, as the 20 physical deposit and withdrawal locations provided by the partnership will benefit Nevada poker players. Alexandra Epstein is the Executive Vice President of the El Cortez Hotel & Casino, and she said in a statement that her company is “excited to join in this new venture and bring even more gaming options to guests of the property.” El Cortez has already begun an extensive marketing campaign to introduce UltimatePoker.com to its customers.

Epstein and went on to point out that giving her company’s customers “a different way to experience the game of poker” just makes sense, with the convenience and ease of online accessibility offered through the Ultimate Poker site. UP recently agreed to a similar partnership with Peppermill Resort Spa Casino that will be rolled out through that company’s 4 Nevada properties.

The Nevada online poker industry launched in the spring of 2013. Ever since then, the 3 websites licensed by the state to deliver Internet poker have made strides, experienced speed bumps, as well as the typical growing pains a barely 1-year-old industry will experience. But recently the Nevada online poker marketplace logged its biggest monthly online gambling revenue scoop to date. In June $1.037 million was earned by the virtual poker product which Nevada provides its residents. That was definitely helped by the physical World Series of Poker tournament that brought tens of thousands of poker players to Las Vegas from around the world. Comparing June numbers to May is a little misleading because of the huge influx of potential players. However, year over year, a revenue advantage of 2.94% is a positive indicator of slow and steady growth.

The World Series of Poker site is consistently the most trafficked in Nevada. That site was recently down for about 8 hours for a scheduled upgrade in software that includes GeoComply player locating. Anna Sainsbury is the Chief Executive Officer of GeoComply, and she said that the location-based player verification software the company provides is nearly 100% efficient in locating the physical location of a potential poker player. The software is currently used in the New Jersey online gambling marketplace, and does its job rather well. At the same time that the player location verification software was installed, WSOP also added improved rebuy / add-on features, a Sit-n-Go log out reminder and several virtual lobby upgrades. WSOP representative said that mobile gaming is also a feature that will be released in the near future.